MY L.A. IN FOUR LOCATIONS »

My L.A. in Four Locations: A Rabbi’s Journey

My L.A. in Four Locations is a running feature in which Angelenos share the story of their city through four specific places. This week, David Wolpe takes us on a rabbi’s journey.

16461 Sherman Way, Van Nuys, 91406 — Van Nuys Airport — I landed here after having a grand mal seizure in Philadelphia, not knowing what was wrong. I was taken to UCLA where the radiologist said I had an “area of concern.” It turned out to be a brain tumor and I underwent two neurosurgeries. 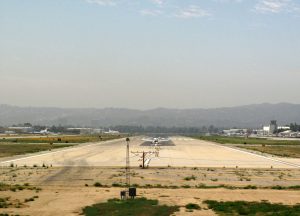 15600 Mulholland Dr., Los Angeles, 90077 — American Jewish University — I never wanted to be a rabbi as my father was, but when lightning — revelation? — struck, I went here. My first job out of rabbinical school, where I met my ex-wife and the teacher who became my best friend. The day I called my father and told him I’d decided to become a rabbi, he cried. 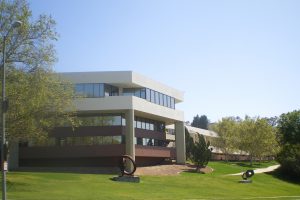 10463 Santa Monica Blvd., Los Angeles, 90025 — Carmine’s Restaurant & Bar — Where I first found the safe, friendly, dark, homey spot that makes a big city a small place. The pasta tastes better and the wine pours smoother when the people are as warm as the bread and the game is on. 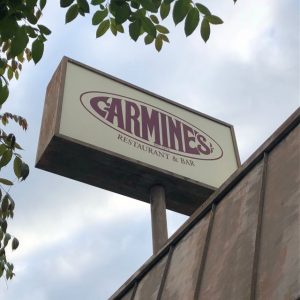 10400 Wilshire Blvd., Los Angeles, 90024 — Sinai Temple Home — For twenty years I have been the rabbi, and I led high holiday services for more than ten years before that. I sort of grew up in this building. It’s where I’ve made mistakes, sought forgiveness, prayed, rejoiced, grieved. I’ve seen congregants become friends and seen friends pass away. My daughter went to school here. Growing up in Philadelphia, I never thought that a synagogue in L.A. would become what Sinai has — the chief landmark of my life. L.A. has all sorts of soul.

David Wolpe is the senior rabbi of Sinai Temple, who has been called the most influential rabbi in the country by Newsweek. He is the author of David: The Divided Heart, which was a finalist for the Jewish Book Award in 2014.

My L.A. in Four Locations: A Rabbi’s Journey