A prosecutor with the Los Angeles County District Attorney’s office for 32 years, eight of which he was the elected District Attorney (1992-2000), Gil Garcetti oversaw 1100 prosecutors, placed a special focus on combatting domestic violence, and initiated specific programs designed to prevent crime. He also oversaw high profile prosecutions, such as the Menendez brothers, O.J. Simpson cases, and LAPD’s Ramparts Division police abuse cases. After leaving office, he taught a seminar at Harvard University’s Kennedy School of Government entitled “The Interaction of the Criminal Justice System, Race, Politics, and the Media”. He has also been a frequent speaker on his various photo projects, career change, the death penalty, and especially on empowering women and girls in West Africa by building bore hole wells in rural villages. He continues in his role of Consulting Producer for TNT’s two series, The Closer and Major Crimes. In 2002, he published his first photo essay book, Iron: Erecting The Walt Disney Concert Hall. His subsequent six books have all been photo essays, including Dance in Cuba, Water is Key, Paris: Women & Bicycles, and Japan: A Reverence For Beauty. His books have led him to tell his stories in numerous photo exhibitions and presentations throughout the world, such as at The United Nations in New York; UNESCO in Paris; the National Building Museum in Washington, D.C.; the Fowler Museum at UCLA; and the Millennium Museum in Beijing. All of his books are discussed on his website, www.garcetti.com.

A transcript of the panel discussion “Redeeming Justice” — a conversation in the Semipublic Intellectual Sessions, which took place on October 28....

A Call to Redeem Justice

Jarrett Adams’s “Redeeming Justice” shines a light on the inequities rife in our criminal justice system....

Does the Punishment Fit the Crime?

Read Roth's book "if you are interested in the subject matter, or if you are a judge, lawyer, elected official, or a 'student' of jurisprudence."... 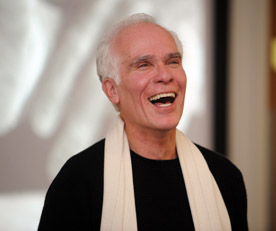