Neil Gaiman is a major author of fantasy and science fiction in multiple media. His 2001 novel American Gods won both Hugo and Nebula Awards, and his comic book series The Sandman ran for 75 issues from 1989 until 1996. He has also written for film and television, including scripting the 1996 BBC series Neverwhere, as well as episodes of Babylon 5, Doctor Who, and The Simpsons.

"Things go wrong — in life and in love and in business and in friendship and in health and in all the other ways life can go wrong. And when things get tough, this is what you should do: Make good art. I’m serious. Husband runs off with a politician? Make good art. Leg crushed and then eaten by mutated boa constrictor? Make good art. IRS on your trail? Make good art. Cat exploded? Make good art. Someone on the Internet thinks what you’re doing is stupid or evil or it’s all been done before? Make good art. Probably things will work out somehow, eventually time will take the sting away, and that doesn’t even matter. Do what only you can do best: Make good art. Make it on the bad days, make it on the good days, too.”

Secure Your Own Mask Before Helping Others

A trapdoor is most alarming when you don't see it; knowing the floor might give way at any moment allows you to brace yourself for the fall....

NEIL GAIMAN, who has always staged himself as both Artful and a Dodger, seems finally to have come into his full ... 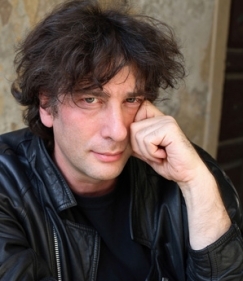