John D'Agata is an essayist and writer whose works include Halls of Fame and About a Mountain and the editor of the anthologies The Next American Essay and The Art of the Essay. His latest book, The Lifespan of a Fact, co-written with Jim Fingal, is an epic battle between writer and fact checker.

"No, because being more precise would be less dramatic. I don’t think readers will care whether the events that I’m discussing happened on the same day, a few days apart, or a few months apart. What most readers will care about, I think, is the meaning that’s suggested in the confluence of these events—no matter how far apart they occurred. The facts that are being employed here aren’t meant to function baldly as “facts.” Nobody is going to read this, in other words, in order to get a survey of the demographics of Las Vegas or what’s scheduled on the community calendar. Readers can get that kind of information elsewhere."

— The Lifespan of a Fact

Let Us Not to Our Readers Condescend

True/Slant: D'Agata the Gambler and the Lifespan of a Debate...

What Would DFW Do: Maria Bustillos, Eric Been, and Mike Goetzman on “Both Flesh and Not” and All Things Foster Wallace

1. MARIA BUSTILLOS: I ONLY MET HIM a couple of times, and only for a few minutes each time, but a ...

VIDEO: The Question of Nonfiction

As any writer knows, our work is infused with ego....

The writer and editor, too, are headaches....

The moment came when the essay began to confuse itself with the article…... 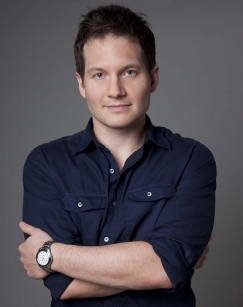