WHY BUILD A UNIVERSE anyway?

To create something beautiful, concludes Nobel laureate physicist Frank Wilczek in his relentlessly engaging new book, A Beautiful Question. “Many motivations have been ascribed to the Creator,” he points out, “but artist ambition is rarely prominent among them.”

The beautiful question the book considers, stated simply, is this: “Does the world embody beautiful ideas?”

The answer is an emphatic yes: “You bet it does,” Wilczek writes. “And so do you.”

What is the meaning of “beautiful”? Physics is pretty clear on the issue, and Wilczek makes the argument deeper, broader, and far more colorful (literally and figuratively) than ever before: it is harmony, balance, and above all symmetry, the core of artistry.

Symmetry is seductive, whether it appears in natural forms, like snowflakes, snails, and faces, or in human creations, like doilies, arches, and decorative tiles.

The Golden Rule is based on symmetry: it tells us to do unto others as you would have others do unto you. You can switch the do-er and the do-ee and it doesn’t make a difference. Fairness is an application of symmetry. “Fair” solutions to conflict are often “symmetrical”: both sides have to believe that some kind of balance has been reached.

Nature’s symmetries are often deeply hidden, however. Scientists in search of them frequently find themselves in the position of the blind men coming upon an elephant: One of them feels only the trunk; another only the tail; the third feels only an ear; and the fourth, only the side. It’s when they put their several perspectives together that the consistent picture appears. Ears, tail, trunk are all aspects of a deeper truth — elephant.

Physics and math in particular have had almost magical success in uncovering the most astonishing commonalities — symmetries — between seemingly disconnected things. Wilczek is overwhelmed with wonder at these discoveries: “Thank you, Mother Nature, for these gifts!”

He paints his vision of beauty with a rich and varied palette that includes music, art, poetry, philosophy, history, evolutionary biology, popular culture, whimsy, and mischief. (Wilczek is the man, after all, who named an elementary particle after a laundry detergent — the Axion.)

He not only names but also wisely reframes a lot of basic concepts in modern physics. He dispenses with the so-called “standard model” used to describe everything we know about forces and particles. It’s a lousy term, he says, to describe something that’s neither standard, nor a model. So he renames it “Core Theory,” which makes a lot more sense.

“Electric fields” (which are not at all like fields of wheat) become “electric fluids” (a far less confusing description, to my mind). “Quantum field theory” becomes “quantum fluid theory.” Gravity, which Einstein revealed was the geometry of space-time warped by the presence of matter, becomes one of a family of “geometry encoding fluids” — this may sound more complicated, of course, but it makes it far easier to visualize how flows of these fluids can take on lives of their own, which they do.

For science writers like myself who’ve tried to translate the jargon of physics into lay language, Wilczek’s fearless reframing comes as a pleasant relief. The so-called “force particles” — a term that never made a lot of sense — really are a lot like “avatars,” Wilczek’s term.

Understanding these “terms of art,” as he calls them in a rich compendium of key concepts attached to the end of the book (a bit like dessert), provides the tools we need to see the beautiful scaffolding behind the sometimes messy facade of our universe.

And because learning how to see is a central theme of the book, “mind” plays as large a role as “matter.” The relationship of the physical world to the perceptual apparatus we use to make sense of it is itself deep and beautiful.

Our universe is already a multiverse, Wilczek points out. The world of dogs is dominated by smell; that of bats and dolphins by sound. Because human perception is primarily visual, we have always been good at understanding perspective. We know from experience that a single scene can appear radically different from different points of view. The book includes many stunning (and instructive) examples of anamorphic art, which wildly distort images in space, and yet represent the same underlying reality.

Birds share our reliance on vision. If they had stopped being “birdbrains,” writes Wilczek, they would have developed very advanced physics. (He also imagines an intelligent species of spiders, whose sensory world is based on touch; the spiders would, no doubt, conceive a World Wide Web.)

Plato, who Wilczek calls “a great literary artist,” created the metaphor of the cave to show how we are trapped by our limited perspective: the world we think is real is mere shadows of a richer, higher dimensional world outside.

The key to thinking outside the cave, in other words, is to understand perspective. But also, crucially, color. As every artist knows, color expands our ability to see and represent additional aspects of space — especially depth and dimension. Mantis shrimp can see up to 16 color “dimensions,” giving them a much richer picture of the landscape around them. Wilczek suggests that much of what we’re missing from our picture of the universe — including extra dimensions — can be visualized and understood through color. “My philosophy: If mantis shrimps can do it, so can we.”

Humans have managed to “see” quite a lot. One of the most deeply hidden and radical examples of symmetry was the work of mathematician Emmy Noether, whose work was essential to Einstein’s theory of gravity. To Einstein’s frustration, she was not allowed to join a mathematics faculty because she was a woman. The great mathematician David Hilbert also supported her, complaining that he didn’t see how her sex was important. “After all, we are a university, not a bathhouse.”

Noether discovered a symmetry (one that allowed time to change without changing the laws of physics themselves) that was critical to explaining how energy could be neither gained nor lost in Einstein’s vision of curved space-time. She proved that dynamical laws could transcend objects, even phenomena. “It is, I think, the most profound result in all of physics,” Wilczek writes.

Many such players from the past come to life in Wilczek’s book, with a focus on how their discoveries created the underpinnings for the beautiful ideas that are his focus. Pythagoras, for instance, described as “drunk on mathematics,” saw the relationship between music and number, and always put number at the forefront. When Wilczek’s laptop was stolen — “an appendage of my brain” — he was saved by the fact that he’d backed up those 1’s and 0’s. He immediately saw the experience as a tangible demonstration of the truth that Pythagoras taught: “All things are number.” Plato saw that a limited number of stable symmetrical shapes are behind all physical reality; he was wrong in his details, but right on the big idea. Newton’s work on motion and optics put perspective, color, and change at the forefront of physics. Maxwell’s famous equations relating electricity to magnetism were based on symmetry, and revealed the nature of light. The founding fathers (and mothers) enabled the development of a narrative that’s true in its essentials today — matter is made of atoms, which in turn are tiny musical instruments that interplay with light, creating the orchestras that manifest as molecules and materials.

Today we are like children who’ve just learned the rules of chess, writes Wilczek. But can we use those rules to become masters?

Can we tune in to the messages the Universe broadcasts in gravity waves, in neutrinos, and in axions? Can we understand the human mind, molecule by molecule, and systematically improve it? Can we engineer quantum computers, and through them fashion truly alien forms of intelligence?

These are the new questions, the progeny of the “seeds” planted in the ripeness of our current “golden age.”

Wilczek circles back at the end of his book to a deep kind of symmetry, called complementarity, the guiding principle of his special hero Niels Bohr, who is known as the father of quantum mechanics. Not only were multiple perspectives essential for Bohr, but Bohr also saw great philosophical truths in the idea that the multiple perspectives needed to understand the world were often mutually exclusive. A wave cannot be a particle, and yet, at the quantum level, it is (and vice versa). You are nothing but a collection of particles and light; you are a thinking, feeling human being. The opposite of a shallow truth is false, Bohr was often quoted as saying, but the opposite of a deep truth is also true.

The complementary pair that concludes the book says as much about the author as it does about nature itself:

In neither aspect should we forget the other.

Among the most widely respected (and well-liked) practitioners in his field today, Wilczek won his Nobel for work deciphering some strange properties of quarks, the bits of matter making up protons and neutrons, the stuff of the atomic nucleus. But for all his fame, he has remained insistently humble.

“In this enterprise, humility is mandatory,” he writes. Great scientists, he reminds us, are those who know what they’re not doing. “A successful theory of something can be more valuable than an attempted Theory of Everything.”

And he never forgets the essential humanity of the enterprise: “Science isn’t everything,” he writes. “Thank goodness.”

K.C. Cole is a longtime science writer for the Los Angeles Times and a professor at USC’s Annenberg School for Journalism. 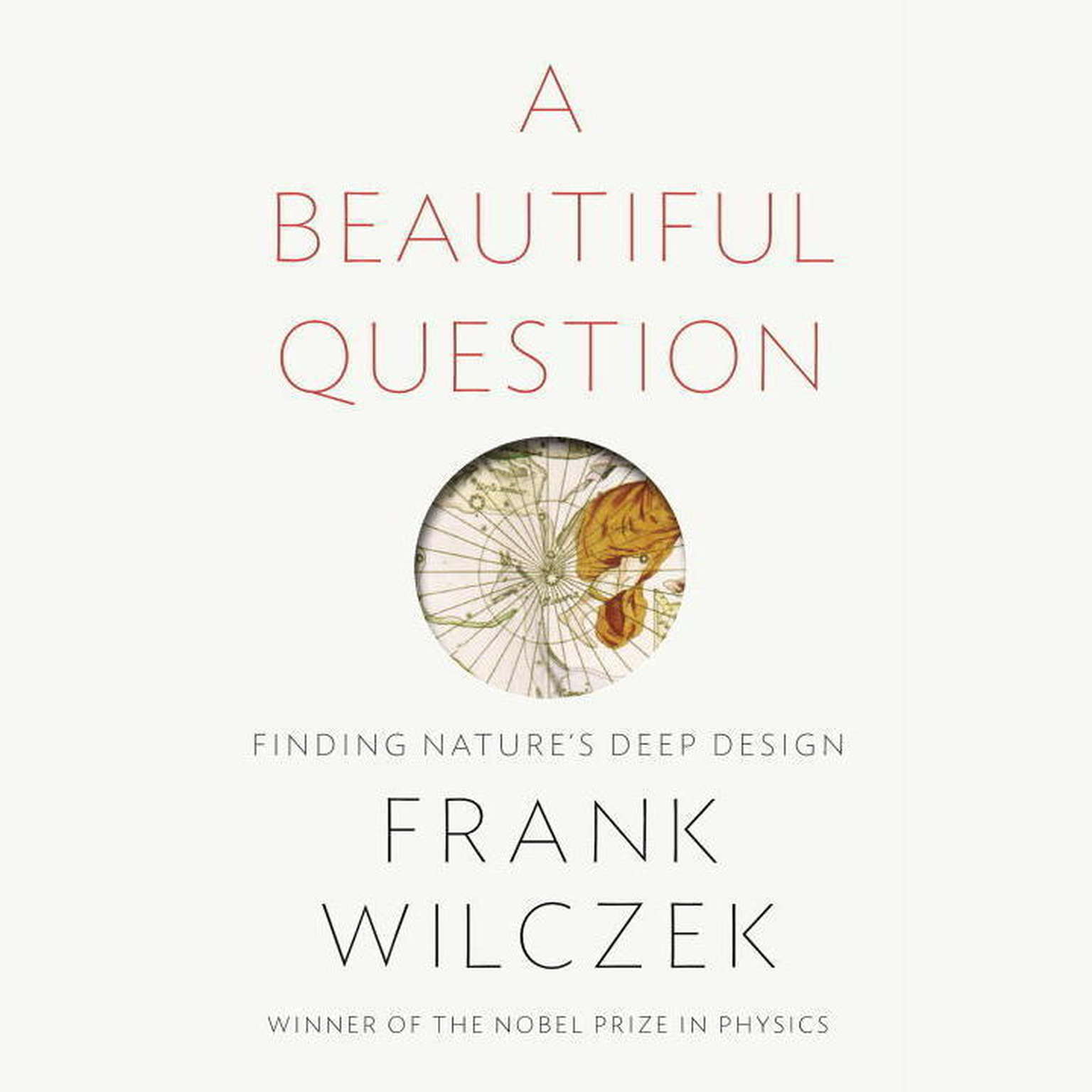