ONE PLEASURE of pairing a second book of poetry written 20 or more years ago with a recently published second collection lies in discovering the degree to which two authors’ aesthetic affinities and thematic obsessions can resonate across time. Olga Broumas and Emilia Phillips are both poets whose second books refuse to abstract pain — who choose instead to inhabit the landscapes of heartbreak, illness, and yearning with full-throated desire, sensuous imagination, and restive, intelligent motion.

Olga Broumas’s second book of poems, Soie Sauvage (“wild silk”), appeared in 1979 in a gorgeous letter-press edition from Copper Canyon Press, just two years after Stanley Kunitz had selected her debut, Beginning with O, for the Yale Younger Poets Series. Cast in heavily enjambed short-ish lines of free verse, Broumas’s work in Beginning with O nonetheless feels fresh, unique in its handling of those then-ubiquitous materials. The sensory and sonic singularity of her voice may in part be due to the fact that Broumas was born in Greece and raised in a multilingual household. English is, for her, a “foreign” tongue, albeit one she speaks with stunning fluency. Adopting and transforming female personae from Greek mythology (Aphrodite, Circe, Demeter, Calypso) and fairy tales (Sleeping Beauty, Cinderella, Snow White), the poems in Beginning with O explore what would prove to be Broumas’s abiding themes — Eros, sexual identity, girl- and womanhood, body work and work in general, and the seduction of the beautiful — with unabashed forthrightness and exquisite mindfulness.

The 22 poems in Soie Sauvage pursue these same figures and themes. The spine of the collection is a series of “landscapes” through which the pilgrim speaker moves, bearing her erotic desires, complicated familial legacy, the vexations of solitude and community, and ecstatic engagements with the oral: hunger, sex, language. The poems are often charged with a mix of hatha discipline (“Be grateful. Stockpile. / Fastidiously, keep your body clean. Live / like a poet you’ll write / like one,” she says in “Five Interior Landscapes III”) and Sapphic longing. This is reminiscent of what Anne Carson calls, in Eros the Bittersweet, “dēute” — the paradoxical “now then” state of ancient Greek poetry. Broumas’s poems often enact, in their temporal paradoxes, what Carson goes on to say about lovers:

The experience of eros is a study in the ambiguities of time. […] Desire seems to the lover to demolish time in the instant when it happens, and yet to gather all other moments into itself in unimportance. Yet, simultaneously, the lover perceives more sharply than anyone else the difference between the “now” of his desire and all the other moments called “then” that line up before and after it.

The lover the speaker longs for as she circles and circles around is:

The sexual language the speaker uses on her solitary, nonlinear journey (“coming,” “bedding down,” “penetrating,” “spread,” “a storm / wet / it was wet inside”) creates a powerful sense of “now then,” deploying memory in order to allow the speaker to both have her lover and respect the intensely charged, perhaps even necessary, distance between them. The speaker of “Banner” enters a similar “ecstatic” state of movement and stasis when she spends International Women’s Day alone, transforming an act of personal attention into political preparation and awareness:

For Broumas, pleasure and pain are inextricable, a paradox perhaps only bearable when bodily memory and actual physical experience mesh, as in these lines from “Oregon Landscape with Lost Lover,” in which a bereft speaker rides her bike down to a river and puts her feet into the water:

open as a trellis
free of its green sharp glossy leaves like tongues
made out of mirrors gossiping
in the sun the wind. By which

I mean
somehow
free of the self.

In “Namāste,” a long meditation on the prismatic variations of desire, both spiritual and sexual, Broumas confronts her own project with characteristic clarity:

Soie Sauvage is a living, breathing entity, whose sonic and somatic intelligence, drawing at once upon the “beauty of the brain” (memory, history, imagination) and the undeniable force of “the senses,” speaks to the vital, revelatory power of “now then.”

Just as Olga Broumas’s second book owes many of its themes and sub-currents to its era and landscape — the 1970s on the West Coast, a time of growing mindfulness, feminism, LGBT awareness, ecology — so too does Emilia Phillips’s second collection, Groundspeed (2016), belong to the early 21st century. But like Soie Sauvage, it is also a book whose contexts extend into the past; some of the book’s epigraphs come from Dante’s Inferno and from Flannery O’Connor’s Wise Blood, the opening poem is titled “Reading Ovid at the Plastic Surgeon’s,” and other poems evoke the pastoral tradition, the Bible, and traditional ballads. In other moments, the poems open into the future, like the “voice // separating from       time like ice // broken, washed       downstream” of “Pastoral (Future Interstate).”

Like Broumas’s speakers in Soie Sauvage, Phillips’s narrators are also pilgrims, searchers in the realms of memory, loss, doubt, illness, anomie. As the book’s title suggests, there is a lot of motion and travel (by air, by car) in these poems. “Groundspeed” refers to the relative speed of an aircraft to the ground, and the title poem actually takes as its ostensible subject the crash of a small aircraft into a shopping center (“The espresso shots tremble, darkening; the ounces / chatter on the tray as the unceilinged twin- / engine roar scourges the ear of the drive-thru / worker who only made out double tall”). But of course the poem is about much more than an accident. “Whatever crashes downwards, sends praise back up … // A transference of energy,” she writes, and later: “So many histories have their falling Gods. So many Sires put their sons in chariots — / with a bridle of free will, a bit of pride slobbered over.” In “Life Vest Under Your Seat,” another airplane poem, Phillips plays with her own version of “dēute,” conflating details about the aircraft with forays into abortion rights, Monty Python, and what it means to be an American (“We declare / victory before we declare war”), Claes Oldenburg, blood splatters, and the concept of limbo: “An international flight is the closest / we’ll ever know of limbo, from the Latin limbus meaning / hem or border.” Out of this “scatter plot” of recollections crowding into travel’s liminal space, Phillips articulates the paradox of her own personal — as well as our century’s — limbo: “We are,” she writes, buckling her seatbelt for landing, “flying back in time, to the new world.”

The causes for personal grief in Groundspeed are a young brother’s untimely death at age 10, a broken nuclear family, and the narrator’s own bouts with cancer as an adult. One of the book’s most riveting pieces is “Lodge,” a long poem that recounts a welter of road trips, using the “found poetry” of billboards, roadside attractions, motels, gas stations, and other highway-related details to comment on the speaker’s losses. “Lodge,” of course, can refer to a place of rest or sanctuary, but it can also mean to stick or to wedge, as well as to issue a complaint. Here are a few passages from the poem:

Once, a black bag wheeled out of the Budget Inn. Police tape cracked like a whip in the wind. Another time, another day at the red light. I looked through an open door, second from the end; inside, a shirtless man with Mansonesque beard and hair danced in front of the television rabbit-eared to the news.

GET YOUR DAILY EXERCISE
RUN AWAY FROM SATAN

GRAVEYARDS ARE FULL
OF GOOD INTENTIONS

EXAMPLE IS A LANGUAGE
ANYONE CAN READ

The father of my first best friend, the preacher at the Grace Reformed Baptist Church, asked me, age four, if I’d died that day, where would I go, Heaven or hell?

I answer again and again in the retelling: My mom doesn’t let me go places like that by myself.

The speaker’s exploration of transient spaces — motels, sick bodies, dysfunctional families — bring the reader to a revelation, which comes later in “Lodge”:

Bachelard: “It is better to live in a state of impermanence than in one of finality.”

Which is why it is better to live in language rather than out of language.

But a word might change us, our landscapes, our movements. As if by traveling on the interstate, we might actually move between states of being.

Like Broumas, Phillips articulates the “now then” state of being, confronting the relationship between time’s inexorable “forward motion, & the body.” In the book’s last poem, “Supine Body in Full-Length Mirror, Hotel Room, Upper West Side,” the speaker, gazes at her “naked & unyielding” body,

if you’ll have it

that the scars know more
about your past

than you choose to remember —

As she takes in the marks left upon her by her cancer surgeries (“what’s there / in the mirror // is what’s you”), she also sees “the doves they released // over your brother’s grave.” Language, both Broumas and Phillips imply, is itself a form of time travel, lodging and dislodging us, bringing together the impossibly disparate, and, if we’re lucky, renewing our broken, searching selves.

Lisa Russ Spaar is a poet, essayist, and professor of English and Creative Writing at the University of Virginia. She has published numerous books of poetry. Her latest collection is Orexia (2017). 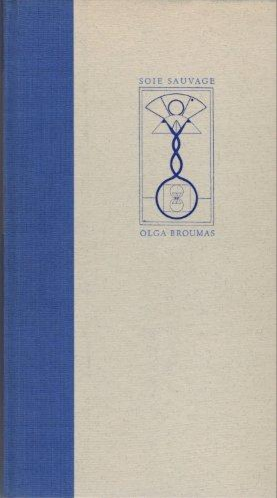 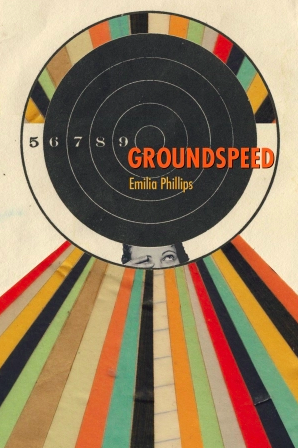