KARL MARX famously proclaimed that religion is “the opiate of the masses.” As such he was making a functionalist argument about the nature of religion, namely, that it serves a purpose. Thus much like opium can help a sick person, so, too, can religion; with its stories, rituals, and communal structures, religion can help ease the horrors of industrial capitalism. At the same time, however, Marx believed that religion, much like opium itself, clouds the mind and thereby obscures the higher purpose of overthrowing capitalism.

Most communists of the 20th century ignored the first part of Marx’s argument and focused solely on the second. So, in short, religion had to go. And perhaps nowhere was this put into such destructive practice as in China, where in the course of that century the number of religious institutions went from more than a million to 1,500.

The consequences of such a large-scale and self-inflicted cultural, historical, religious, and social annihilation are hard to fathom. But as many Chinese now recognize, this destruction was clearly a mistake. Many in fact believe that the mayhem of the Mao years (1949–1976), as well as the raw capitalism of the subsequent reform era initiated by Deng Xiaoping, have resulted in a brutalized and broken society completely lacking morality. A 2014 study, for example, found 88 percent of respondents agreeing “that China was beset by ‘a social disease of moral decay and lack of trust.’”

Thus the current explosion of religiosity in China has a simple explanation: religion helps address these problems. In fact, one of the greatest promoters of this idea is the Communist Party itself, for as Ian Johnson succinctly puts it in his compelling new book, The Souls of China:

Like governments in the imperial era, the Communist Party saw itself as the arbiter of morality and conscience, but unlike the dynasties of the past it was much more powerful, able to wield the levers of a modern bureaucratic state. And its leaders were now eager to renew their claims to guide China’s spiritual life.

Following the example of imperial dynasties of old, then, the Party is pouring money into rebuilding religious institutions, promoting the morality taught in the Chinese classics, sponsoring rituals and festivals, and defining which religious teachings are orthodox and which are heterodox (such as Falun Gong).

Whether such tactics will enable the Party to reclaim its lost moral authority, or whether any of these tactics are actually driving the return to religion, is no doubt open to question. Most Chinese see right through such ham-fisted propaganda. Moreover, as Johnson slyly suggests, the Party is less about promoting competing faiths — like Buddhism, Daoism, and folk religions — than becoming a religion in and of itself.

Regardless, the fact of the matter is that more than 300 million Chinese (or nearly a fourth of the nation’s population) are now religious. Johnson’s fundamental aim in this book is to make sense of this great spiritual awakening, which he does with compassion and insight. He also wisely avoids offering any facile or sweeping explanations for a phenomenon that is clearly not unique to China. Rather, by focusing on four different religious groups that cut across regional and socioeconomic divides — and by following them all through a full lunar year — he is able to situate the particular Chinese experience within larger realities that define our current world. He examines the role of religion in the public sphere and its connection to national identity, the intertwined tensions between urban and rural and tradition and modernity, and the impact of social inequality and social atomization fostered by China’s entry into late modern capitalism.

The first group Johnson sympathetically portrays is made up of two intertwined Beijing families who have revived the Daoist tradition of pilgrim associations. The Ni family and “Old Mrs. Chen” who have both built family shrines at the temple of Our Lady of the Azure Clouds that offer free refreshments to pilgrims during their temple fair in the spring. They built the shrines because when the family patriarch got cancer, he prayed to this Daoist deity and proclaimed that he would make a shrine and pilgrimage association if he was healed, which, ultimately, he was. Johnson poignantly captures how this religious devotion quickly became far more complicated and interesting, as it was invariably tied to interlocking family and social obligations.

Such mundane concerns largely shape the lives of the Li family as well. They are from rural northern Shanxi and for nine generations they have been revered yinyang masters who specialize in funerals. They therefore not only read fortunes and play music at funerals, but also do all the astrological and fengshui work needed to make sure the deceased go properly to the other side. Being good at what they do — they even tour internationally on the world music circuit — they are constantly at work. With the son and heir of the tradition having moved to the city, and with a child in boarding school, the family inevitably grapples with many of the social and cultural problems faced by any worker in today’s global economy.

The top one percent have no such problems, yet they have their own concerns. They and their religious teachers are the third group Johnson explores. Among them is a 94-year-old Buddhist master who dispenses Zen bon mots while hobnobbing with real estate tycoons, shipping magnates, and Communist Party bosses at his immaculate hermitage on Lake Tai: imagine a mindfulness session in Silicon Valley. Another is a meditation master of a modern (read stripped down) form of Daoist neidan — internal alchemy — who also happens to be married to a scion of an important Communist Party family: imagine a yoga studio in Brooklyn.

The fourth and final religious community Johnson engages with is a group of fundamentalist underground Christian churches in the southwestern city of Chengdu. This group is both illegal and foreign, and thus counter to the Party’s dream of making China great again. This throws many questions regarding religious revival into sharp relief. Johnson handles them all deftly, especially by allowing the Christians and their supporters to speak for themselves.

Johnson believes that religion is the only real example of civil society left in China. It is certainly true that all other independent organizations that have tried to change or improve society have by now been largely muzzled. And, as Johnson powerfully observes, it is precisely this breach that all these religious groups have stepped into, carving out their own spaces outside state power. But it seems quixotic to think that, as Johnson suggests, these same groups will be able to hold officials accountable, or act as any kind of real check on government power.

Of course, whether religion will simply become the next item on the list of things — capitalism, democracy, human rights, technology — that did not change China to our Western liking is unknown. Nevertheless, it is worth noting that many of the popular religions in China are somehow connected with prosperity theology, and thus go hand in glove with the Party’s authoritarian neoliberalism. Or as Deng Xiaoping famously put it: “Poverty is not socialism. To be rich is glorious.” 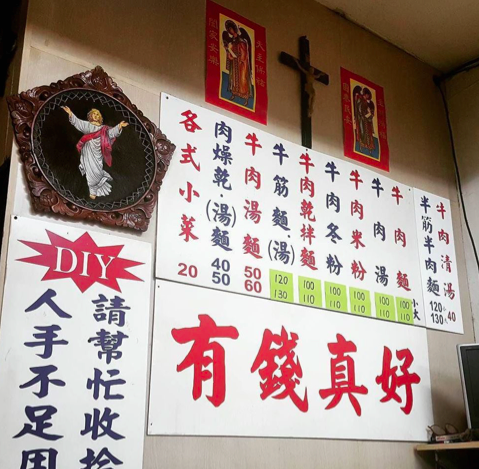 50¢ Eat Your Heart Out: A noodle restaurant with a large sign in red proclaiming you qian zhen hao: “It’s really good to have money.”

When such sentiments are justified by one’s theology (think Joel Osteen, T. D. Jakes, et cetera), then perhaps Marx was indeed right when he declared that religion is the opiate of the masses. And it is precisely Marx’s notion of how religion serves a purpose for several different Chinese communities that Ian Johnson’s wonderful book captures so well.

Johan Elverskog teaches at Southern Methodist University. He is the author and editor of eight books, including the award-winning Buddhism and Islam on the Silk Road.

The Souls of China

The Return of Religion After Mao 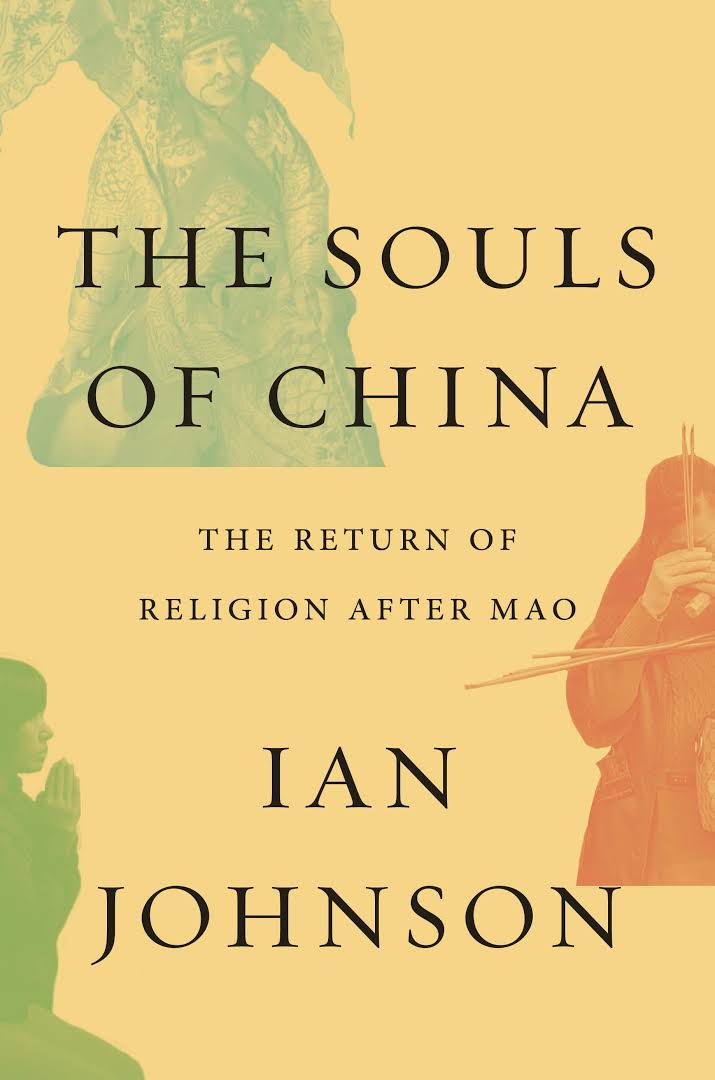