“Taste has no system and no proofs.”

1. TO START WITH COMEDY. There is only one unimpeachable criterion: Is it funny? But a question follows close behind: Funny to whom?

2. Apocrypha from the world of television: A sitcom writers’ room is working late into the night, trying to generate the perfect gag to punch up a scene. Joke after joke is pitched, but nothing seems to work. The scene remains stubbornly flat. Finally, a writer pulls out a box of index cards and rifles through them. He stops, pulls out a card, and asks: “Can the floor be wet?”

3. A Hack can get a huge laugh out of an audience. And yet he can also rightly be calledunfunny. When we employ Hack as a pejorative, we call into question the audience’s taste. We say, in effect: You are laughing only because you have no taste.

4. Meanwhile, to himself and to his fans, a Hack is justified by his success; he need not justify himself otherwise.

5. The comic who recycles old jokes, confirms stereotypes, pantomimes his way through his act, and makes folks chuckle without in any way threatening the established order is offensive to us precisely for failing to offend.

6. A Hack comic is a sheep in wolf’s clothing, “poking fun,” never “killing.” He is the jester who won’t risk the king’s displeasure.

8. Whereas The Innovator creates new forms, The Hack-Innovator’s sense of originality is based on ignorance of his predecessors. He believes he’s the first in the world to utter these jokes.

9. Whereas The Inheritor employs old forms to new effect and introduces new areas of content, The Hack-Inheritor simply recycles old material. He might be a cynic, or just someone who doesn’t see beyond the easy laugh. His act is empty ritual, capitalizing on the our recognition of familiar routines.

10. Whereas The Trickster creates through inversion, disruption, and destruction, The Hack-Trickster, by constantly announcing that he is a trickster, remains safe and contextualized, thereby precluding any real disruption. He is who Steve Martin makes fun of when he says “I’m a wild and crazy guy.”

11. Hack is not limited to comedy, obviously. There are Hack novelists, journalists, poets, screenwriters, musicians, magicians, designers … the list goes on — but not endlessly. Doctors, for instance, are rarely called Hacks — they are called, rather, quacks. It is unclear what a Hack firefighter would be, or a Hack cashier.

12. It is hard, too, to imagine a Hack teacher. One can be asleep at the wheel, as a teacher, and still not be called a Hack. It doesn’t seem like the right term. And yet teaching requires performance, a sort of audience, creativity, and what we might broadly call the personal ingredient. Teachers are excluded from Hack because they don’t have to compete for their audience.

13. Which brings us to a crucial aspect: A Hack has to be called-out, or accused, by a fellow practitioner, or, alternately, an aficionado of the field. Hack does not exist in a vacuum; rather, it adheres to a kind of success.

14. There are echelons of Hack, so that one can begin with a sui generis dismissal of commercial novelists, for example, and then go after Hacks among the literary novelists. They’re more guilty of Hack, one might say, for falsely representing something more serious and arty. (Rare air is not always fresh air. The avant-garde can be as guilty of Hack as anyone.) But the finer the distinctions and the more rarefied the targets, the more blasé one can claim to be about anything more than a day old. At which point Hack ceases to carry any meaning in the realm of taste and becomes only a statement of empty snobbery.

15. So: Hack as sour grapes, jealousy, name-calling, snobbery. I mention these aspects primarily because I wish to acknowledge them and set them aside.

16. There will always be a gap between the original artist’s practice and the taste of the so-called general public. Hack frequents one side of this gap and performs a sort of cultural arbitrage, a commerce of the middlebrow.

17. Hack is not the same as mass appeal, though the two overlap. Hack is that part of mass appeal that takes advantage of the audience’s established sense of taste. It is a calculated effort to hit a known target. (Maybe the moral here is that nobody respects the audience. Or thataudience is a term we use to group people together for the purposes of denigrating them en masse.)

18. In this sense, Hack is responsible for the perpetuation of some decorative art forms, familiar advertising tropes, clichés, melodrama, and various dramatic styles so ingrained in the public mind that they take on aspects of ritual. The Summer Blockbuster, for example.

19. These highly ritualized forms become so codified that they resist innovation. And content, for what it is, becomes just the stuff poured into the forms.

20. What people liked yesterday they will probably like tomorrow. But artists are not copyists, and today is not yesterday.

21. In Borges’ story “Pierre Menard, Author of the Quixote,” the title character writes his own version of Cervantes’ classic novel, a version that is word-for-word the same book. But it isn’t the same book, because Pierre Menard is not Cervantes, is not living in Cervantes’ time. HisQuixote, for example, is necessarily richer with allusion, having been written so much later.

23. If Hack is the dissemination of the already-known, then naïve Hack is like bread mold. It plays an essential role in the decay of an idea, a trope, a phrase, a form, from original to cliché, from alive to dead.

24. Returning to the anecdote of the comedy writer with the box of index cards. He’s obviously meant to be hardworking (he’s written a boxful of jokes), successful (he’s a working comedy writer), and while he’s the butt of the story, the release that occurs at the end comes not from seeing him defeated. Even as we know the story is not going to end well, we participate, with the writers in the room, in a sort of false hope that what’s written on the card is going to solve the problem.

25. But what’s written on the card will never solve the problem, because the problem is unique, and comic, and requires the spark of genius. The file box and its cards are a pile of acorns. Comedy is a will-o’-the-wisp.

26. Take the colloquial term classic — inherent in it is an urge to canonize what is funny. Notice how the word classic puts an end to (or prematurely cuts off) any continued riffing. It is an end-cap, a gravestone. And yet it means, to the speaker, consciously, That was extremely funny. (NB: Not is, was.)

27. We are relieved when he reads the card. What a stock situation! How he wants to put the cart before the horse! But it takes one to know one.

28. This is related to formula, to the desire for there to be a formula, as opposed to the complicated artistic trial-and-error that’s always required.

29. Desire for formula, unchecked, leads to tyranny of form, to a world in which everything must snap to the grid.

30. The Hack impetus is to systematize what should be improvisational. It is a recapitulation of the biological impetus to conserve energy, putting into motion the mechanism that transforms behaviors into habits and observations into stereotypes. (Hack always sees character in terms of type: stereo-, arche-. )

31. We may rail against bad habits and unfair stereotypes, but we must also recognize that they are energy-saving measures. We can’t greet every datum anew.

32. The Hack impetus is not unnatural. On the contrary, it is as natural as laziness.

35. This is especially true if our expectations are high because of our admiration for someone’s prior work. Lilies that fester and so on.

36. Hack is insidious. A surprise success can bring it. The pressure of a follow-up. Long-awaited acclaim. A big payday. Too much time spent reading one’s own work. Family, a mortgage, loss of sleep, illness, praise.

37. The only antidotes to Hack are independence, originality, risk, generosity, and curiosity. There is no charm to protect us, no anti-Hack amulet. Such a thing would itself be Hack. 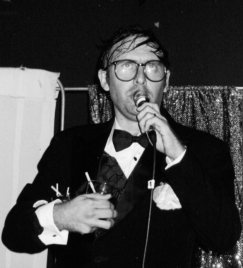