A POET AND A CRUSTACEAN get top billing in Beckett’s “Dante and the Lobster,” though neither turns out to be the protagonist. Dante shows up as soon as the story opens, being lectured to upon arriving in heaven. It’s edifying for him, maybe, but hellish for Belacqua, the story’s actual protagonist, who’s been having a hard time reading the Divine Comedy and now finds himself completely stuck in this canto of the Paradiso, so “bogged that he could move neither backward nor forward.”

Eternal stasis has always been integral to Beckett’s idea of heaven, as it is to his idea of hell. In an earlier essay on Dante and James Joyce, he’s even more emphatic about the symmetry between these two equally immobile places. Purgatory isn’t necessarily a break from either, but at least it mixes up the two, offering a sometimes acceptable and sometimes unbearable state of animation against the unvarying deadness of its neighbor on either side. That perpetual oscillation, according to Beckett, defines Joyce’s writing:

The essay was part of a collective feting of Joyce, so Beckett might have been laying it on a bit thick here. But if anyone’s writing could be called “purgatorial,” it is Beckett’s own: a corpus too bleak to be called comedy and too funny to be called tragedy, where everyone is kept going by a kind of diligent purposelessness, doing penance for they know not what, waiting for something that might or might not happen.

Belacqua — a character in Dante before he becomes Beckett’s — is a native of the Purgatorio, at home there and showing no sign of wanting to move either up or down. His namesake in “Dante and the Lobster” is like that, too. Finding plenty of reasons not to make that ascent to paradise with Dante at the story’s open, he also finds plenty of reasons not to make that descent into hell at its end, not following the precipitous path of the creature thrown into its pit.

That creature is the lobster. Picked up by Belacqua for his aunt, it is taken “down into the bowels of the earth,” namely, the kitchen in the basement, where the “hideous equipment,” the lobster pot, is waiting. The lobster trembles and shudders, “an exposed cruciform on the oilcloth,” horrifying Belacqua but not his aunt. “Lobster are always boiled alive,” she says. “They feel nothing.”

Beckett himself apparently refused to eat lobsters for that very reason. In the story, though, it is not clear that Belacqua would go that far. Across the gulf of the species divide, and never losing his grip on purgatory, he watches the lobster’s hellish fate in horror, but no more. He probably wouldn’t change his dietary habits, and he most certainly doesn’t get changed into a lobster.

David (Colin Farrell) doesn’t get changed into a lobster either in Yorgos Lanthimos’s eponymous movie. Here’s another work in which the billed protagonist turns out not to be the actual one. In this dystopian world, unattached people have 45 days to find a mate before they’re turned into an animal of their choice; David opts for the lobster because of its longevity and continued reproductive vigor. But the metamorphosis never comes to pass, and animal transformations in general happen only off screen in this movie, with the outcomes shown after the fact.

In an interview at the ASFF (Aesthetica Short Film Festival), Efthymis Filippou, who co-wrote the script with Lanthimos, said that “Transformations wouldn’t feel right within the visual context of the film […] This story could easily make us act in a graphic way and we tried to resist that.”

Decisive action, either on the part of the characters or on the part of the viewers, isn’t what the movie is about. Irresolution, an entrenched habit of being nowhere and going nowhere, is its chosen mode. And its visual imperative — a combined effect of the script and the off-key cinematography of Thimios Bakatakis — ensures that this would be the case. There’s plot development and an obvious change in scene, to be sure, as David runs away from the hotel for singles and ends up with a militant fringe group, the Loners. But the matter-of-fact regimentation in both places, coupled with Colin Farrell’s equally matter-of-fact performance throughout, creates a low-affect flatness that keeps the movie barely fluctuating.

The ending, a possibly transformative moment for David, could be seen as a grim but tender departure from that flatness, a romantic apotheosis for a movie that is otherwise anything but romantic. But it could also be seen as less than that: not a romanticism finally let out of the bag, but a romanticism handicapped and disabled. After all, this is a move about the bodily unsound, with many of its characters identified by a disability and hoping to find a mate on that basis. It’s an odd replay of Dante’s logic of contrapasso, the punitive logic in the Inferno, whereby sinners suffer a punishment mirroring their crime. Here, that mirroring occurs between couples with matching disabilities: Nosebleed Woman takes up with a man with the same problem, even if artificially induced. David plans to artificially induce his as well to make himself a better match for the Short-Sighted-and-now-Blind Woman (Rachel Weisz). If he were to go through with that decision, it would indeed be a momentous deed, a stirring finale, turning Dante’s contrapasso on its head. It would produce two people wearing matching dark glasses, creating a paradise out of a hellish logic, beatifically mirroring each other into eternity.

Significantly, this beatific mirroring doesn’t quite happen at the end of The Lobster. Instead, we see only David by himself, with the steak knife in the bathroom of the restaurant, all set to do the one heroic deed of his life. But he is fidgeting, looking at himself in the mirror, wasting time, procrastinating. And outside, by the window, very much alone, sits the Short-Sighted-and-now-Blind Woman, getting her glass filled, taking a sip from it, waiting patiently but perhaps also with a hint of apprehension. This is all we’re going to get from this fable of purgatory by Lanthimos, Filippou, and Bakatakis, a Greek team to whom absurdist theater is second nature, as it was second nature to the Irish Beckett a century ago. For this woman, as for Vladimir and Estragon, Godot might never show up.

Wai Chee Dimock is William Lampson Professor of English and American studies at Yale University and the incoming editor of PMLA. 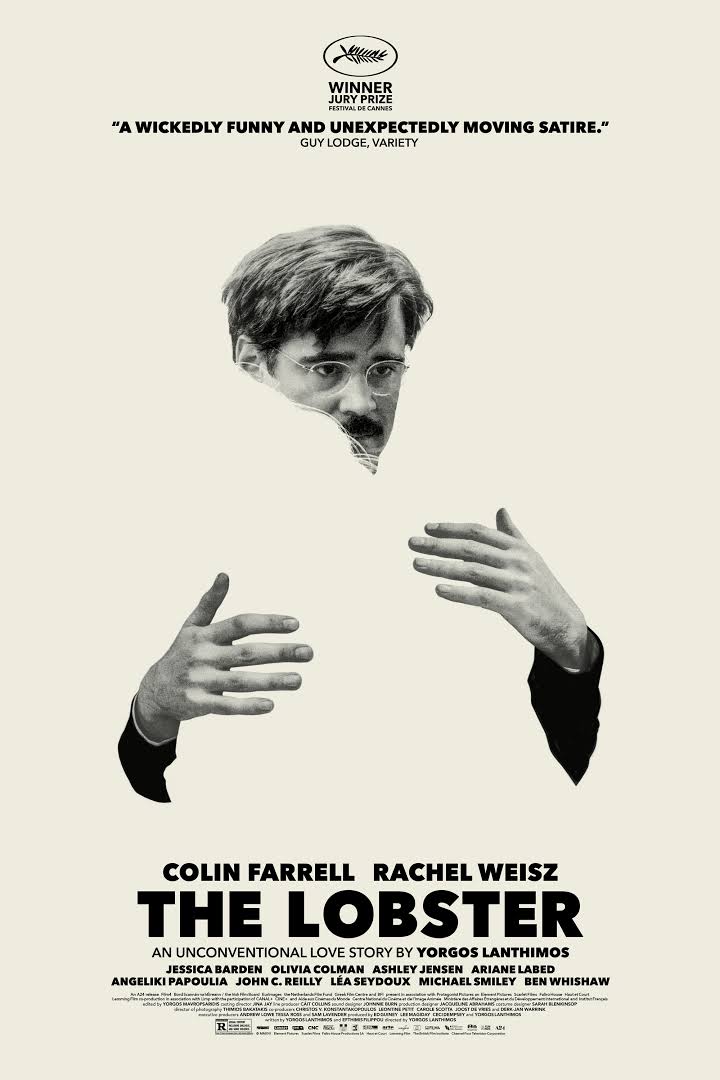