FIVE YEARS AGO, I wrote about the premiere of Girls — its ambivalent themes of eating and hunger, privilege and scarcity, development and regression — on this very site. Like many others who were musing on the future of Girls in April 2012, I entertained the thought of whether the show had a place for me. If you remember, the main problem driving the discourse around the first wave of Girls criticism was: how relatable are these characters? Less interesting than any answer to that question now is the very fact that questions of identification were on the table at all. Lena Dunham’s show was, for all anyone has to say, tender and raw and frankly something I had never seen at that point on American serial television. What is more, the immediate desire to answer such a question spoke of a hunger to fill a kind of representational lack that, perhaps, is now increasingly filled by shows like Fleabag or Crazy Ex-Girlfriend or Insecure. In 2012, though, the series had just begun, and no one could’ve anticipated just where they — and, for many of us, we — would go.

In February 2017, hardly anyone is talking about Girls in the same way anymore, and for both obvious and not-so-obvious reasons. The world is in an ongoing state of emergency, and that’s easier to see these days. So maybe we don’t have time to rage against a fictional group of myopic young white women, and those questions of relatability and relevance have become, themselves, unrelatable and irrelevant. A common Google search for the show is, “Is Girls over?” We keep Girls at an arm’s length (if we still watch it at all), and even though its standard of quality hasn’t waned, its world feels like an embarrassing phase of our collective past. In a way, its initial criticisms have not become its de facto evaluation; it just seems too obvious to speak about. More ironically, I wonder why it’s me — a nonwhite non-American — who still wonders how much this says about Girls versus how much it says about Americans’ unwillingness to look at themselves.

The sixth, final season of Girls begins with Hannah publishing a piece in the “Modern Love” column of The New York Times. It’s kind of perfect: a mise en abyme presentation of what Girls has come to be for a group of people who still read the Times in print newspaper form (which all the girls still do!). It’s a column about breaking up and betrayal and ex-boyfriends and ex-best-friends, about the present-as-the-past as much as it is about the present — Hannah Horvath, voice of a generation, becoming who she is — as the future.

Contemporary serial television is supposed to live alongside us; at least I believe that’s true for Girls. But sometimes world history appears to move unevenly, and it’s difficult to gain perspective or remember the way we once lived, not to mention the way we live now. Perhaps other reference points are needed. In April 2012, Hannah Horvath was one year older than me. In February 2017, Hannah is presumably still one year older than me, but these days, I tend to describe myself as exactly one year younger than Lily Bart at the beginning of Edith Wharton’s The House of Mirth. Like Hannah, Lily is hungry too.

Jane Hu is a writer and graduate student living in Oakland. 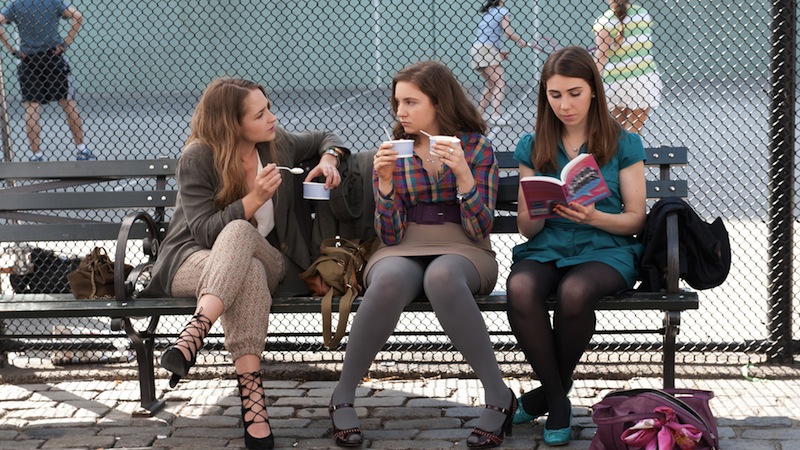