For Piper Gallagher, the novel’s protagonist, life feels complicated and uncertain. Scarred by childhood abandonment — a mother who left her father for ski slopes, LSD, and a younger man — and reticent in love, 30-something Piper is still young, but old enough to feel that without a career or a partner she is adrift. She signs up for EMT training out of desperation: she needs money, but also yearns for a purpose, and she believes that this field might provide her with one. She’s drawn to the work because of the way its exigencies strip away all extraneous considerations: it requires one to observe, analyze, and act within seconds. Early in the novel, Piper recalls a day in her EMT class when she received “a diagram that was meant to encompass everything we would learn throughout the course … an ever-branching algorithm.” It included flowcharts for patient treatment and always ended with the patient’s safe arrival at the hospital. “My whole life,” Piper declares, “had been spent waiting for such an algorithm.”

The kind of decisive personality for which she hungers requires not just a clear mind but a fundamental competence. If, for example, an EMT believes that a patient needs supplemental oxygen, she must be able to choose the correctly sized mask and administer the appropriate concentration of gas — not, as Piper does on her first day at work, to “put a tiny pediatric oxygen mask on a 250-pound man, snapping its elastic and almost giving [herself] an eye injury.” Moreno’s novel captures a feeling many young Americans will probably sympathize with: finding oneself a beginner yet again, striving awkwardly to achieve proficiency — and a sense of purpose.

In Case of Emergency had its inception in an article Moreno wrote for the LA Weekly entitled “Help Is on the Way: Tales of an Ambulance Driver,” which reads variously as journalism, memoir, and fiction. The essay begins with its unnamed narrator — similar though perhaps not identical to Piper — disgustedly observing the new ambulance vehicle she and her partner have just been assigned. It’s a “ridiculous rookie rig, all clean and eager and unaware,” but the narrator herself is no rookie, not any longer:

The station phone rings, the loudspeaker blaring right behind us. In the old days I would have jumped, panicked, bolted for the passenger seat, grabbed the radio and my map book, stared at my pager for the address and type of call. But these are not the old days, so says the fresh ambulance in front of us. I toss the keys to my partner, who drops his cigarette, crushes it. I let out a long sigh. Then we slowly walk to the doors and get in.

The novel, on the other hand, opens with Piper at a job interview for a spot on an EMT squad; kneeling haplessly over the training mannequin, she is supposed to be considering how best to handle an unresponsive patient, but instead finds herself distracted by how hot it is in the office where she’s being interviewed, and how unwisely she has dressed for the day.

Piper hates feeling incompetent, mocked by the more experienced EMTs and ridden hard by her tough trainer Ruth, perhaps the novel’s most vividly defined character. But she loves the work, and Moreno’s fine, taut descriptions invite readers to love it too, to imagine in thrilling and horrible detail what it would be like to take on Piper’s responsibilities. The emergency scenes are inherently high stakes, but rather than mine them merely for action, Moreno’s depictions reveal odd, beautiful moments: a sweet, shambling man who repeatedly apologizes to Piper for his gambling, calling her “baby girl” with a tenderness that shakes her; another who finds himself marooned in a mall parking lot and can only repeat to the 911 dispatcher and the EMTs that he “can’t function,” — “At first,” Piper observes, “it’s kind of funny, then it’s annoying, then it’s sad.” While these passages resemble and borrow from “Help Is on the Way,” the novel has a different purpose than the article: to portray the changes wrought in people by exposure to emergency, and to ask whether love can mitigate those changes. Moreno’s portrayal — of how we learn to function in the personal emergencies we stumble into and the ones we create — feels urgent and real.

The novel also invests heavily in Piper’s emotional issues, and seeks to draw connections between her working life and her personal experiences. Somewhat wearyingly, it explores Piper’s battles with her brother and father over the baggage they all carry from her mother’s departure decades earlier. It also delves into her romantic life, with more interesting results. Piper, who is bisexual, has recently split from a cheating live-in boyfriend. Near the beginning of the novel she musters the courage to ask out a handsome woman named Ayla who stocks shelves at the local organic grocery store; we follow their relationship as it blossoms and fractures in turn. Ayla is an Iraq war veteran with a traumatic brain injury that has permanently altered her abilities and her memory; her former soldier’s competence has given way to frustration and fragility. She spent months in a “low-stimulation ward” after her brain injury, relearning nearly everything. There, her therapists “taught her to think of her brain as a computer that could be reprogrammed through purposeful repetition. They taught her to treat it as a muscle that required exercise, food, oxygen, and rest.” Ayla’s struggles to move beyond physical healing, to present a facade of normalcy, create some of the most poignant moments in the book. She is ashamed of her damaged brain and suffers the same feelings of incompetence and dislocation that Piper faces as a novice EMT but without Piper’s assumption that she will ever again achieve a sense of mastery — even over herself.

Moreno’s account of Piper’s deepening relationship with Ayla intertwines successfully with the narrative of her work, and with the yearning for a life “algorithm” that parallels her training process. Soon after they begin dating, Piper nerves herself to tell Ayla that she’s bisexual rather than gay, but aside from that blip of sexuality-related angst, their troubles center on a shared inability to trust that love will strengthen into a certainty for both of them.

The book’s climax involves a moment in which Piper fears that Ayla has been injured or killed, calling back to readers the opening interview scene, when Piper’s teacher drills her about her response to the unfortunate “patient” she is failing to assist:

“What are you going to do, Piper?” Vincent asks me again. “If this was your boyfriend, your mother or sister or best friend, what would you be doing?”

I know he’s just trying to agitate me, but I consider it. “I’d probably be crying.”

Vincent’s question is an interesting one, and the novel’s answer isn’t particularly surprising or interesting: when emergencies involve loved ones, even the most elegant algorithms can’t sustain us. Countless hours of police procedurals and hospital dramas have made a similar point.

Piper, though she would likely not admit it, joins the EMT squad seeking the kind of trauma that has scoured Ayla’s brain. She too wants to be “reconfigured,” though she understands that the transformation may not work the way she wishes it to:

You hear stories in the field about burnout. The consensus is that everyone goes through it at least once, and it lasts a month or so, if not longer. It can be cyclical or it can be career-ending.

Moreno aims to build suspense as readers await the details of Piper’s inevitable crash, but the fact that Piper herself expects to burn out, and considers it a rite of passage, undermines the climax of the story even as it occurs. Though she professes to recognize that burning out could end her career, she treats the soul-wrenching experience of on-the-job trauma as just another step in the flowchart that will relieve her of the responsibility of rational choice.

The two narrative strands knit together near the novel’s end when, after an argument with Ayla, Piper walks for hours through the Los Angeles sprawl in search of her. Even in this grand gesture, though, Piper abdicates responsibility: she has no plans beyond finding Ayla to apologize, and letting Ayla’s response direct her. When offering an apology to a lover, surrendering oneself to another’s decision-making may be the only mature way to behave, but — though the tone of the final chapters suggests that readers are to view Piper’s account as maturation — she seems no closer to adulthood or accountability. “Even now I crave an algorithm,” she says, thinking about triage and her earlier, botched responses to Ayla’s concern for her: “The arrows point to my feet, solidly on the ground, moving toward Ayla. To flip-flops slapping on concrete. The arrows point to conclusions too small and innumerable to name.”

One might wish for a narrator capable of naming those conclusions, one whose experiences render her more ready to act decisively, or more at ease with life’s indeterminacy and ambiguity. But Piper is, nevertheless, usually a sympathetic figure. Her experiences, her arc, and the gut-quivering, blank terror she feels as she willingly becomes responsible for the lives and deaths of others transmute these tales of an ambulance driver into a compelling, often rewarding read.

Katharine Beutner is an assistant professor of English at the University of Hawai’i at Mānoa.

In Case of Emergency 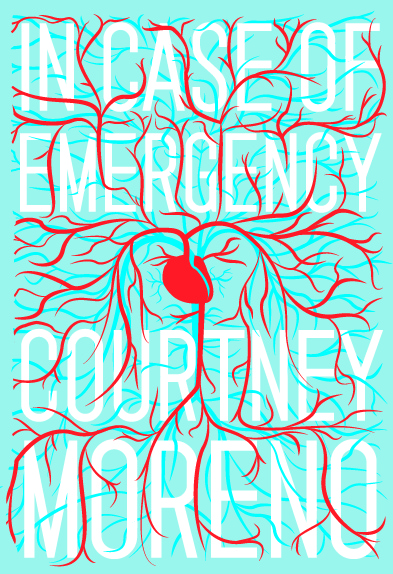