HIS BOOK, HAILED by the critics, presents itself as a guide to human nature; it claims scientific rigor, yet is written for the non-specialist. And then, it is discovered that when he is not recycling old material, the author has simply invented new material, fobbed it off as true and put it in the mouths of the people he is writing about.

As far as I know, however, Thucydides’ History of the Peloponnesian War has not been pulled from the shelves of my local bookstore.

But as most LARB readers now know, this has been the fate meted out to Jonah Lehrer’s Imagine. On July 30th, a crusading journalist revealed that, in his book, Lehrer had either wholly fabricated or spliced together a half-dozen or so quotations attributed to Bob Dylan. While the book’s subject is creativity — what it is and how it happens — making information up and passing it off as true clearly does not qualify as creative effort. Lehrer’s publisher recalled all copies of the book and Lehrer’s employer, The New Yorker, handed him a pink slip.

Obviously, Jonah Lehrer is no Thucydides. But, then again, Thucydides was no Thucydides, at least in the way most historians have portrayed him. The reasons for this, I think, cast some light on today’s events.

At the start of his history, Thucydides declares that while he will keep as close as possible to the actual words — words enough, mind you, to fill more than 140 mostly long speeches, many of which Thucydides himself did not hear — he will “make the speakers say what, in my opinion, was called for by each situation.” Were an historian to make such a declaration today, she would be ostracized from the community of professional historians.

Thucydides, it turns out, was ostracized — not for his fast and loose practices as an historian, but for his shortcomings as a military commander. Elected as a strategos, or general, by his fellow Athenians, Thucydides failed to lift the Spartan siege of Amphipolis in 424 BC. As a result, he was sent packing by his fellow citizens and spent the rest of the war in exile.

But as for his work as an historian, the Athenian has long been considered as the founder of our profession: dispassionate, objective, and accurate. Though what the classical scholar Peter Green has called Thucydides “almost superhuman” reputation has lately suffered many nicks, (delivered, among others, by a deeply skeptical, and archly hilarious Green) his ostensible approach to history writing remains archetypal. Just as the founding father of “scientific” history writing, Leopold von Ranke, cited Thucydides as his inspiration to reconstruct “the past as it really was,” so too do history undergraduates today.

That the nineteenth century German no more recreated the past as it really was than did the fifth century (BCE) Athenian will probably come as no surprise to many twenty-first century Americans. What does surprise, though, is that Thucydides (and Ranke) nevertheless earn our faith and trust. The reason for this, as the classicist Moses Finley suggested, is based on the distinction between accuracy and truth. The first trait is essential, of course: we expect historians, and journalists, to get their sources right and quote them correctly. But the second quality, truth, is also essential, and often trumps accuracy when the two collide.

Take one of the most memorable encounters in Thucydides’ history: the exchange between Athenian commanders, sent to the island of Melos to demand they join their alliance or else, and Melian representatives who opt for the “or else,” which leads to their utter destruction. Thucydides was not privy to the meeting; he does not tell us who his sources were, much less if they were reliable, and there exists no corroborating evidence for such an encounter between the Athenians and Melians. Still, the spare, yet riveting dialogue — a kind of “High Noon” in the Aegean — reveals certain deep realities about the human condition. It is almost certainly not historically accurate, but it is more truthful than hundreds of scholarly monographs about the war. This is why Thucydides will always attract readers, while the monographs will attract only dust.

I confess I haven’t read Lehrer’s book — my local Barnes & Noble pulled it before I could get a copy — and I also must confess I am not much of a Dylan fan: I still haven’t forgiven him for having gone electric at Newport in 1965. But I’ve a third confession: I sense an element to this affair that Thucydides would immediately recognize as the themes of his own book: stasis, or civil strife, and hubris, the overstepping of limits.

The fraternal bloodletting, in this case, is not among Greeks, but instead among Dylanists. Lehrer’s critics, the gatekeepers to this fraternity, are as incensed by his interpretation of Dylan as by his tendency to “make the speaker say what, in his opinion, was called for by the situation.” In a particularly fierce review, The New Republic’s Isaac Chotiner dismissed Lehrer’s glosses as “inaccurate, misleading, or simplistic.” And these remarks, among the kinder ones made by Chotiner, were written before the self-confessed “Dylan obsessive” Michael Moynihan, who had relentlessly pursued Lehrer, breathlessly announced that his quarry admitted to making up a handful of Dylan quotations.

In a situation Thucydides would recognize, the ridiculously young and improbably successful Lehrer — author of three bestselling books, an immensely popular lecturer, and staff writer for The New Yorker, all at the age of 31 — spurred the envy not of Olympus, but our blogosphere. Ever so slightly like Alcibiades, the young and gifted Athenian portrayed by Thucydides as the tragic victim of his overreaching, Lehrer brought upon himself our own age’s Furies — bloggers and internet vigilantes — enraged perhaps as much by his worldly success as by his professional sloppiness.

The stern Greek historian shed no tears over Alcibiades: the enigmatic hero was, for Thucydides, simply an illustration of his bleak take on human nature. Human nature being what it is, Thucydides added, those events that happened in the past will repeat themselves in the future. He was more truthful and accurate than he could have imagined: in ancient Greece, the Furies found the time to sleep and were difficult to rouse to action. In postmodern America, they never sleep and are always hungry. 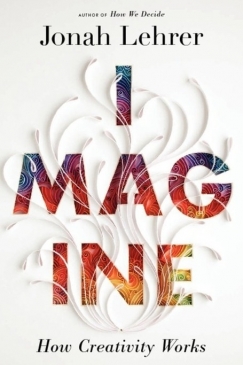 Hubris and Envy: The Lehrer Affair