IN A RECENT INTERVIEW about her 1978 film Girlfriends, Claudia Weill cites the final sentence of Eleanor Bergstein’s novel Advancing Paul Newman (1973): “This is a story of two girls, each of whom suspected the other of a more passionate connection with life.” Weill describes this as “kind of what Girlfriends is about.” As such themes of suspicion and envy run through literature on female friendship — especially when it involves two girls — to say that last night’s Girls was also kind of about Bergstein’s story is perhaps redundant, though the fact that Weill directed the episode, and made the fracturing line of jealousy between Hannah and Marnie increasingly palpable, makes it also one we can’t ignore. Instead of Anne and Susan (an uptight writer and frenetic photographer) of Girlfriends, we have Hannah and Marnie (a frenetic writer and uptight curator). Further, that Dunham had not seen Weill’s film when she created Girls speaks to the exchangeability of those roles, or types — Dunham and Weill’s girls, over three decades apart, take each other up, they try each other on. Just as with Anne and Susan, so it goes for Hannah and Marnie: when one girl suspects another of having a more passionate connection with life, she often overlooks how similar and similarly frightened the other might also be.

While last night’s episode, titled “Boys,” made note to focus on the guys of Girls (Ray, Adam, Booth Jonathan), it was also a version of Girlfriends in miniature. The episode ends with Ray, but its centerpiece is the scene of Hannah and Marnie speaking over telephone, neither willing to admit to the other that they’re less happy, less passionately involved, than they’d like to appear. Each makes an effort to lie to the other — a backyard party, an excited project — which only works to compound the amount of guilt and loss felt by each. Envy of another cannot exist without projection from the envious, and the scenes of Hannah writing for herself (compared to those in which she talks animatedly about writing to others) show how an unmediated relationship to herself is almost too difficult to maintain. Alone in the kitchen, Hannah tries to write, but doesn’t get very far before she’s interrupted by Jessa. Then there’s some texting, followed by four desperate sips from her mug. (In the later writing scene, Hannah is lying in bed with her laptop in an all-too-familiar position, before she calls Marnie, almost on an impulse.) Forget nakedness or sex: Hannah is never more vulnerable than when writing, her most tragic and lonely state.

Marnie continues to support Hannah insofar as she gives her a wall, or mirror, to push back against, while Shoshanna praises with enthusiastic generosity. Only Jessa seems to speak truth to her – stop worrying for no one, not even you, will end up caring about this book.

Besides Hannah’s, there’s another book at the center of this episode. Louisa May Alcott’s Little Women becomes the narrative device that forces Ray and Adam to interact, even though it seems Shoshanna is the only person who has actually read the book (Father March most definitely does not die, by influenza or other means). The potential — of reading, of finding the book – overshadowed this episode for me, for Little Women was a kind of How Should A Person Be? for those girls of the 19th century. How ridiculous, then, that Alcott’s book is meant to enlighten not any of the girls, but Ray; and that it resides in Adam’s bathroom.

Ray never gets the book, however, but it does lead him to go on a small adventure with Adam, where he, perhaps like Little Women’s Jo, hopes to act the hero. No doing. Instead, Ray speaks from a position of moral authority to guilt Adam into returning a stolen dog, and still manages to come off as the more selfish and ignorant of the two. “What?” is possibly Ray’s catchphrase. Ray seems to me an even worse kind of ass than the narcissistic Booth Jonathan could ever manage to be. Yet, this episode chooses to close with Ray crying (abandoned by Adam, still with stolen dog). It seems it was meant to be a scene of true pathos, but I’d have preferred if it had been played as comedy Against Marnie’s barely convincing tears in Booth’s wine cellar, Ray’s weeping (backed with Tegan and Sara singing “Fool to Cry”) seemed presented as a moment of honest vulnerability, yet I felt nothing.

The trickiness of an episode about a 30 year-old “boy” is evinced in the fact that we’re uncertain how to interpret his tears. The tears of boys have often been associated with those of women — both infantilized, except one has a future, and the other only has an unsatisfying past. A crying man will always seem more emasculated than a crying boy, but what if this man has never appeared as much more than an aging boy – one so unsympathetic because his age means we expect him to know better.

Little Women is a preparation book, a book that taught young girls how to become women, but if Ray’s godmother can find resources in Alcott’s story to guide him, then I want desperately to read her annotations. Little Women could be another title for Girls; so could Girlfriends, but in an episode titled “Boys” where the boys largely mean Ray, I almost want to apologize to Alcott for the association. When Ray cries, it’s not in the model of Jo or Amy — it’s not one of mourning for what might have been, but instead for a past where not much happened. Ray’s tears are a new kind, though increasingly familiar, of prolonged adolescence, where the trajectory toward traditional manhood has been delayed, if not entirely overthrown. Ray might hold all the classic narcissism, entitlement, and assumptions that come with assuming patriarchy (he is so very much a dad — not Alcott’s — in this episode: “You have no morals because you’re raised in a fucking trash heap”), but he has little to show for all his natural privilege. And that is embarrassing. Instead, Ray lectures others on what to do, even while aware of his own stasis. His tears — registering a realization of his immobility – constituted Ray’s most significant movement yet, even if not at all moving.

Look at these people, 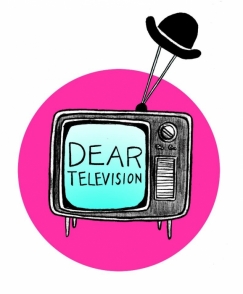