“A Toast to the Douchebags”

Schmidt might be Mitt Romney’s pseudo-son in more ways than one. We heard him list how he “crushed it” this Tuesday, but Paul Ryan had already used the same words to describe Romney’s presidential debate performance last week. “I told him after the debate that he crushed it,” Ryan told the Weekly Standard. As Phil suggests about the Corona ad, it doesn’t really matter what is crushed, so much as who exactly is articulating the “crushing.” Schmidt, Paul Ryan, Ambiguously Successful Corona Clients. Let’s have a toast for the douchebags. Every one of them that I know.

My love for douchebags, evidently, goes deep. Call it my cultural wiring! But if, as Phil suggests, Schmidt and Danny are emblematic douchebags, then I’m obviously not meeting the right ones. Which leads me to question the d-bag categorization in general: can a man be a douchebag and more? Or is “douchebag” an identifying term that seeks to disregard those identified entirely? While Schmidt’s neighbours might aim to dismiss him, he, like Danny, isn’t the target of our, the viewer’s, dismissal. We hate them, we love to hate them, we sometimes even love to love them. Schmidt and Danny are believable objects of meaningful romantic potential despite, and sometimes even because of, their douchebaggery.

I’d hazard to say that we’ve all seen douchebags win adoration with their watermelon smiles and iron biceps, but what allows definitive douchebags like Schmidt and Danny to earn love is television’s ability to show the bro, behind the scenes. These pockets of self-reflection (as Phil notes, “Schmidt knows he has a problem”) seem somehow to recuperate the douchebag, as if to say, look, dude has a sensitive side, he means well, and maybe you’re the jerk. It’s unfortunate that this sympathetic turn takes so little, but if I listed the fictional douchebags that grew into heroes by very virtue of having feelings, then we’d be crushing it for a long time. Schmidt might own lap dance pants, but he also leaves the club (with its perky-bosomed girls) in the show’s pilot to rescue Jess from being stood up. Danny’s hidden depth comes from the “weird dancing,” while Schmidt’s comes from foregoing it.

This difference contributes to why I can’t entirely second Phil’s comparison of Schmidt to Danny, for they seem to me to sit on different axes of the douchebag chart. Schmidt appears much more self-involved. If I were to choose Schmidt’s equivalent in Mindy Girl, it wouldn’t be Danny, but Jeremy, who tans to the shade of “cream of oak” and likes “to keep a trim profile” when clubbing. Perhaps it’s because we have a better sense of Schmidt’s comedic and emotional rhythms than Danny’s, but as it stands, the latter remains a much more conventional romantic lead. He’s dark, mysterious, blasé — with a touch of insulting — like the classic hero. He’s Han-Solo-like, or, even more vintage-hot, “handsome like a youth minister.”

Not to say that Danny doesn’t work or try hard. Just, unlike Schmidt, Danny only shows care when it’s related to his career. Schmidt crushes it at work, but he also works out, dry-cleans, wears cologne, and shakes his well-coiffed head at Old Spice. From the New Girl pilot, Schmidt was dubbed “feminine” as much as “douchebag,” and that women don’t find Schmidt sexually attractive might have something to do with how he reminds them of what society expects a woman to be. It’s the same reason, perhaps, why I find him so sympathetic and endearing.

Phil, I cannot disagree with your astute observations regarding The Mindy Project’s lack of distance from its subjects. Excluding the pilot opening, have there been any other flashbacks to date? Because that temporal interruption for retrospection is definitely a marker of “laughing at oneself,” that Mindy Project rarely employs. I’ll still hold on as the optimistic defender of this show, because of what I read as overt parody and winking in the pilot, where Mindy dropped film and television references like the show depended on it. This, in addition to the meta-visual placement of screens allowed me to take everything as a clever nod or twist. But this reading does get more difficult to sustain if the references become only subjects for bonding moments with basketball stars, rather than how they were used — as lenses to draw out Mindy’s own interiority — in the pilot.

One particular (possibly romcom- or just college-influenced) moment I did love in this episode was Mindy’s breathless moment at the club entrance. The modern girl’s fairy tale still involves ballrooms, red carpets, a gate at the stairs, and a carriage ready to take one home. In anticipation for the night, Mindy warns her friends: “If I disappear, do not find me. It means that I am either falling in love or grinding up against a guy but probably both.” I adore Mindy’s enthusiasm here, especially since a club seems a terrible place to try to fall in love. Clubs are, of course, notorious for douchebags, which is also why I’m excited to see what comes out of her relationship with Josh (played by Tommy Dewey), a most unendearing douchebag.

But enough about douchebags. What about the young people? Lili, I agree that New Girl took some cheap shots at the millennial neighbors. Twenty-somethings that are scared of laundry machines, don’t know how to turn on an oven, and mispronounce “Urkel” as “Urk-lee”? How rude, indeed. On television, a poverty of television references logically places one in the out-group. The neighbours’ living room will always be foreign to television’s viewers, because it’s one that has never known Martin Crane’s sofa or the Winslow’s pink couch.

Television loves to reference television, but I think New Girl brought it home this week with Jess’s repetition of “Did I do that?” and “How rude!” Because, remember Urkel’s cameo in Stephanie Tanner’s house?

Is Full House — that daddy-dominated space — then the original New Girl apartment? Rather than Winston, could Jess be the quirky Urkel that clumsily inserts herself into other’s living arrangements? How much is Meriwether’s show the marriage of Urkel to the Tanners — the (re)union of Family Matters and Full House? One clear sign is how New Girl continues a now established sitcom tradition that has replaced the family and nuclear household with the young professional’s apartment. This, of course, isn’t true across the board to any extent (Modern Family’s Emmys will attest to that, and The New Normal reminds us that some young professionals are married, seeking children, and happily living in houses that come with their own houses). But for our purposes, the apartment matters — not just because they’re spaces where both the polyamorous and unmarried are “figuring it out,” but because they’re the spaces most available (and affordable) in cities where NBA players have second homes in V.I.P. sections.

Which brings me to ask — when are we going to see Mindy’s New York apartment? Girls started in one. I think it will say a lot. Counter to clubbing culture, Mindy really isn’t out for a one-night stand. At some point, she needs to go home. Mindy’s seeking a long-term relationship with someone that holds leagues of hidden depths, someone the show can draw out across seasons, layer by layer, someone like Danny. I just wonder about the balance found therein — that if Mindy’s looking for a rather classic Hollywood happy ending, then how much self-analysis of her shallow monstrosity can the show handle before it’s forced to become something else entirely? 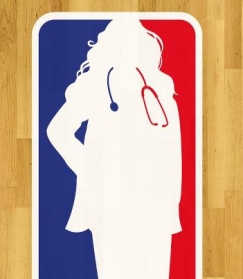