IN HIS FAMOUS PAINTING Landscape with the Fall of Icarus, Pieter Bruegel the Elder depicts Icarus’ legendary fall as a background occurrence while the attention is focused on a farmer with his plow, a shepherd and his herd, and the harbor with its ships. What seems epochal to later generations, Bruegel seems to suggest, may have been trivial to actual witnesses. A similar anti-epiphany occurs in György Spiró’s new novel Captivity. The protagonist, Gaius Theodorus (whose Jewish name is Uri), finds himself in prison with two thieves and a mysterious man who has been causing trouble at the Temple. Later he hears all three have been crucified together. Not much is made of it. When the late “Nazarenes” gather notoriety he realizes with whom he has been in prison. Still it is treated as one incident among many that crowd for the reader’s attention. We are watching life as it happens, seemingly unshaped for the climaxes of fiction or legend. This remarkable novel, recently translated from the Hungarian, is as close as we are likely to get to a real feel for how it was to live in the first century CE.

Spiró’s large (800-plus pages) novel is to storytelling as set design is to a movie. As Adam Kirsch notes in his fine review, the protagonist Uri is “almost a nullity, an undistinguished person about to be thrust into the wide world.” Uri is a capable but unwitting tour guide, meeting renowned personalities like the ancient Jewish philosopher Philo and Pontius Pilate. Myopic and gifted with an extraordinary memory, Uri sees the world in close-grained detail and reports it to us, in the foreign country of the far future.

Spiró’s artistic agility shines in his recreation of the world through which Uri moves. Beginning in Rome, Uri travels to Jerusalem on pilgrimage, then to Alexandria, and then finally returns to Rome. The eventual homecoming has its touches of poignancy, but they are relatively unmoving considering the distance protagonist and reader have traveled together. For in this book, the details of the journey take center stage.

Spiró has absorbed an awesome amount of information to create his ancient tableaux. He demonstrates a mastery of everything from the silk trade to the workings of ancient economies. The enthusiast for antiquity can see the various sources at work here: Philo, the Talmud, Roman historians, and the invaluable Josephus all make a contribution to the depiction of everything from a pogrom in ancient Alexandria to the Jewish revolt against Rome.

The strength of the book is in its unheroic, unillusioned depiction of ancient life. Anyone who wants more evidence for Steven Pinker’s claim that the world has gotten kinder will find it here. Ancient Rome was a brutal world, and Spiró does not hide its depredations. Monsters of particular virulence, like Caligula, are exaggerations of the general trend of abuse by the powerful, submission and cunning manipulation by the weak, and a sense of powerlessness on the part of the vast majority of people. To see the Jewish predicament in this world is to understand anew why Judaism took the spiritual revenge of which Nietzsche spoke, insisting that wealth, power, and beauty were not favored by God, but that instead poverty, humility, and contrition were the ultimate weapons. Spiró’s account shows Christians adopting these ideals because they thought a new faith might escape the vengeance wreaked on the Jews. Despite the early persecutions it endured, when Christianity adopted and universalized this idea, it paradoxically acquired the very wealth and earthly power that it initially opposed. Showing the first steps of that conquest gives the novel some of its contemporary resonance.

Should you read an 800-page Hungarian novel about ancient Rome and Judea without a compelling protagonist at its core? The question may seem to answer itself, but if you are curious about the ancient world, if you wish to get a “finger-feel” for what it was like to live there, and to think about the forces that shaped the rise of Christianity, Captivity is well worth your time. Here is a faithful, fantastically informed, and extravagantly detailed picture of one of the most turbulent and consequential moments in human history. After I began reading Captivity the Jewish holidays intervened and I put the book aside for a few weeks. I finally picked it up again from the coffee table where it had patiently waited for me, and saw that my 18-year-old daughter had inserted her own bookmark that read “Give It Up.” I’m glad I didn’t.

David Wolpe is rabbi of Sinai Temple in Westwood. His most recent book is David: The Divided Heart (Yale University Press). 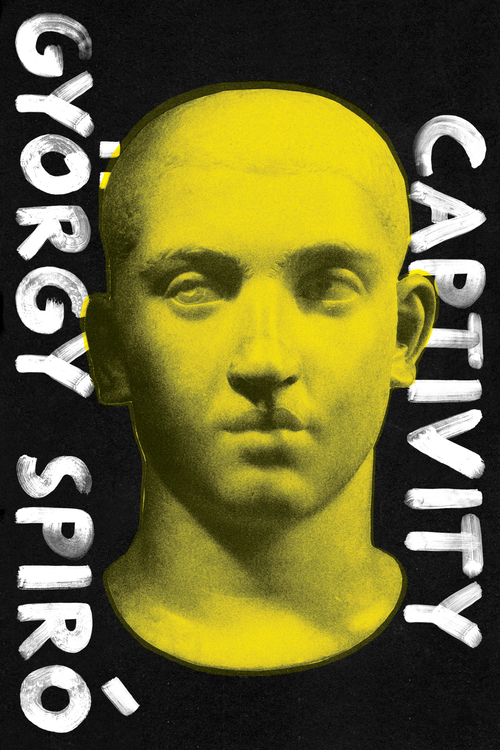